This light "corn chowder" style soup gets all of its creaminess from the zucchini, no dairy is needed. The corn flavor is intensified by simmering it with the actual corn cobs. From here, you can spice it anyway you'd like - this Southwestern version of one of my favorites.

Garnish the soup with your favorite southwestern toppings, like cilantro, peppers, or even some crunchy tortilla strips (they are really easy to make). And for those hot sauce lovers - pour it in!

I often pair this with a baked potato for a light summer dinner. While I enjoy this "corn chowder" and make it several times each summer, I wouldn't expect guests to rave over it. You know me, I like to set proper expectations - no one wins if I over-sell a recipe! 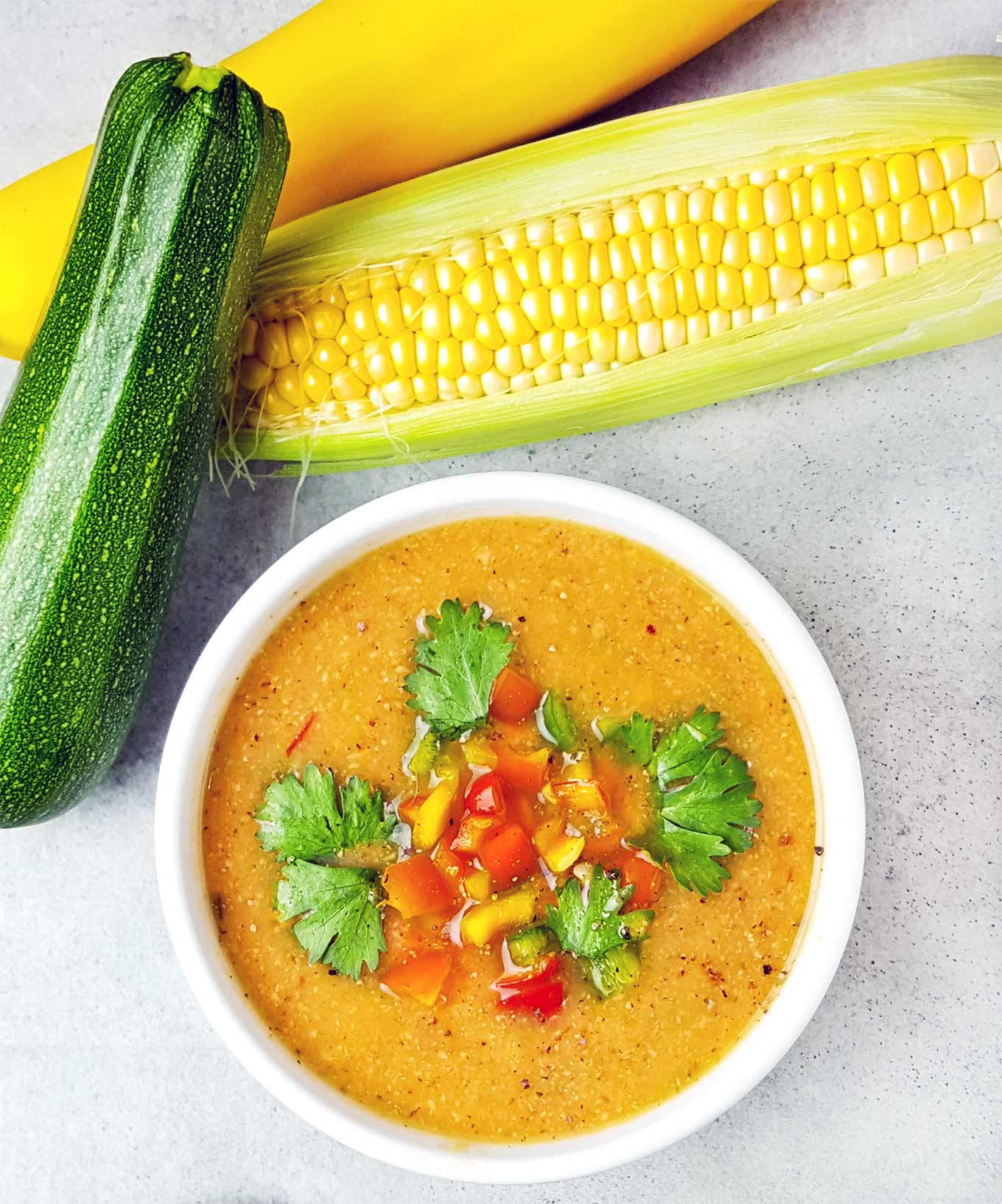 *These are completely optional, you can replace it with chipotle powder or more paprika or chili powder. You can find them in the Mexican isle in the grocery store, by the canned diced chilies.

Calories are not a perfect measure, not by any means. However, they are very helpful to put things into perspective. A soup that has 500 calories a bowl is quite a bit different than one with 200 calories. I also like to look at the nutrition per ingredient and try to balance daily vitamins.

Round out the Meal

Try pairing the corn chowder with a simple chicken sandwich with pepperjack cheese. Chicken cooks quite fast if you want to saute a breast in a pan while the soup cooks. You can also save time by grabbing prepared chicken tenders from a local deli or farmers market.

A side baked potato with a little cheese would work well, especially since most classic corn chowder recipes have potatoes in them, but this one doesn't.

Or switch it up and have a baked sweet potato and a side of black beans.

I found this recipe on Love & Olive Oil when trying to find ways to use up zucchini several summers ago. I love the simplicity and versatility of Lindsay's recipe. Sometimes I make it as she describes (which is worth doing at least once!). Other times, like this one, I toy with different flavors. The soup is a very simple base, perfect for adding your own unique spin to it, so be bold. Go crazy. Live a little!