The honey-flavored syrupy jam that drips from a fresh fig is well worth seeking out from the farmers market. Now that I have your attention, I bet you have some questions!

When are figs in season?

Black Mission figs are usually the first to show up, quickly followed by Brown Turkey. Most green figs are in season starting in June or July. Note that Calimyrna figs have a noticeably short season, just 3 months long.

However, the seasons are getting longer, thanks to agriculturalists' efforts to extend the growing season. One California farm managed to harvest from May to February (although production isn't wide-spread enough to ship those across the country... yet).

Ripe figs are very perishable and don't ship well, so the best ones will be from local sources in regions with Mediterranean climates like California. A few southern states also can grow figs, so contact local farmers to find out who might have them.

See what else is in season at the same time: June, July, August, September, October, and November.

Why don't we see imported figs?

Often when we want a fruit year-round, we import them from other countries. Chile produces a large fig crop but were first allowed to be imported to the US in 2011. It is heavily permitted and the figs need to be sprayed directly with methyl bromide to rid it of any pests (that might then spread to US agriculture).

California grows 98% of the fresh figs in the US and they specialize in 5 varieties: Mission, Brown Turkey, Kadota, Sierra, and Tiger. However, I've seen a couple others at markets and in stores so I've listed those as well.

These are the sweetest variety and widely grown throughout California. Also the most commonly dried fig. Pair with cocoa and savory spices to add a 'meaty' flavor to a dish, or wrap with prosciutto and roast.

A slightly milder flavor than mission figs and less sweet, making them a great addition to salads without overpowering the other flavors. If their flavor falls flat, drizzle them with honey, grill them, or bake into a dessert with added sugar.

Some stores sell both of these figs with a generic "black fig" label (like Trader Joes). The varieties likely vary based on their sources and the seasonality.

These have a nutty flavor that is more detectable than it is in other fig varieties. It's also the sweetest green variety, with a honey and butterscotch flavors coming through. Great for salads, on a cheese board, or stuffed with whipped goat cheese & nuts.

The flavor of tiger figs skews more citrus and raspberry-jam than the nutty-honey flavors of other varieties. Recently gaining in popularity, they might still be hard to find as they are harder to grow.

A less-sweet fig without the flavor of honey and a smoother flesh than other varieties. Not the best for eating as a sweet snack, but work well in salads with other stronger flavors, drizzled with honey, or turned into a jam.

A recent variety (introduced in 2005) with a light, sweet flavor. (I haven't personally tried these so unfortunately, I am unable to elaborate on the flavor)

Some of the varietal images posted with permission from California Figs

Generic labeled "Green" figs might be offered at your grocery store. The actual specific varieties might vary depending on what's available throughout the season.

How to tell if a fig is ripe

Fresh figs should be soft, yielding to pressure when gently squeezed. Look for ones with stems still attached and holding strong - loose stems are usually a sign they are overripe.

Unlike most fruit, where wrinkled skin is a sign of overripeness, plump but slightly wrinkled figs are the best kind. But pass up figs that look shrunken or ones that have sap seeping from cracks - those are overripe.

If the skin and stem are really firm and shiny, it is less ripe and likely picked too soon. However, if you aren't going to use the figs for a few days, these might be best for you as they will last longer at home (if they lack flavor, drizzle honey on them or bake into a dessert).

Lastly, if they smell slightly 'sour' they are overripe, and avoid ones with bruises.

If your picking fresh figs from a tree, look for ones that have started softening and 'droop' on the tree.

How long should figs last?

Really fresh figs are so perishable that you should eat them within 1-2 days. Ideally you store them on the counter, but they won't last much past a day there.

You can store them in a shallow bowl or plate in the fridge (don't stack them on top of each other) and they will last up to 5-7 days. Although they can last up to 2 weeks in the fridge if you are lucky.

The colder temperatures inhibit the flavor slightly. Remove figs from the fridge 30 minutes before eating (they taste better at room temperature).

Don't cover them, as they don't like extra humidity. If you want to score extra points, set each fig in a torn open paper bag to catch extra moisture and syrup so it doesn't spoil other figs.

Yes, the skin is totally edible. Once you remove the stem, figs can be eaten whole. Some varieties have thinner skin than others, but all of them are edible.

When baking with figs or using them in a jam or sauce, the whole fruit can be used - no need to try and remove the skin.

Fresh figs are quite versatile, pairing well with everything from meat to desserts. Classic pairings include honey, creamy cheeses, and bacon.

Figs are great for making jam due to their naturally high pectin content. They're also an easy addition to your morning yogurt or oatmeal. I also included a sticky bun recipe (while it calls for dried figs, fresh will work perfectly as well). 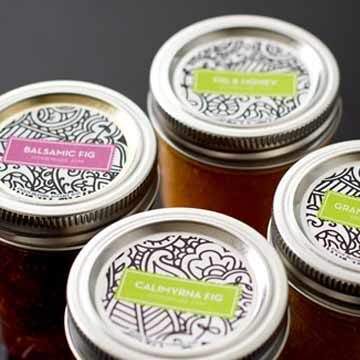 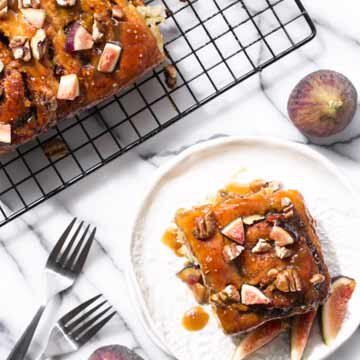 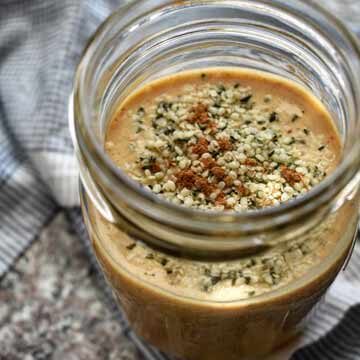 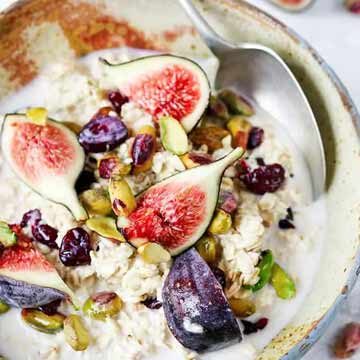 Overnight oats with figs and pistachios 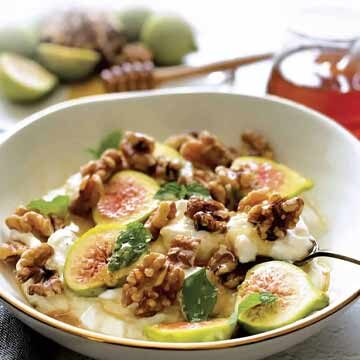 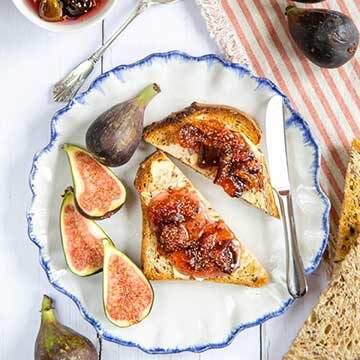 If you are stuffing figs, you might want ones that are just slightly under-ripe so they don't fall apart when baked. Baking will soften them and often honey is added to sweeten them as well. 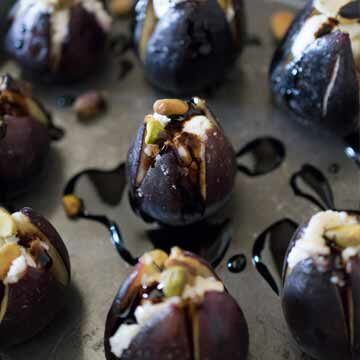 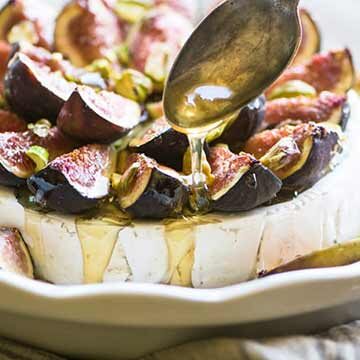 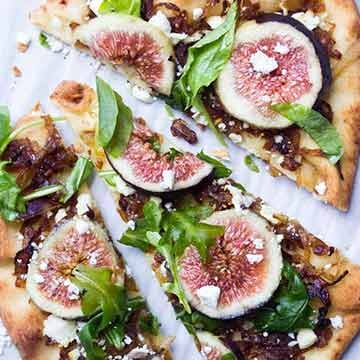 Perfectly ripe figs are great on salads or any dish where they are used raw (uncooked). If they are under-ripe, cooking will soften them. Lastly, if your figs are really soft, they are great for simmering down into a sauce. 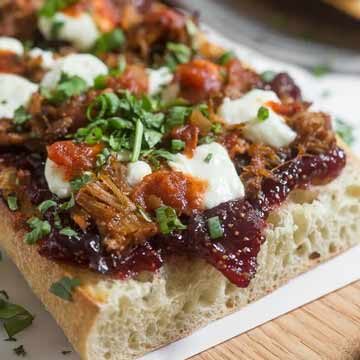 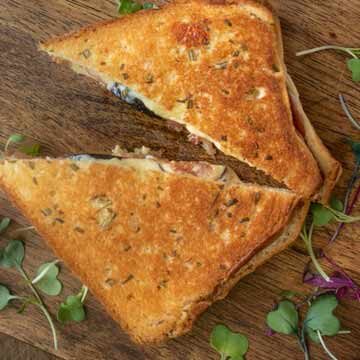 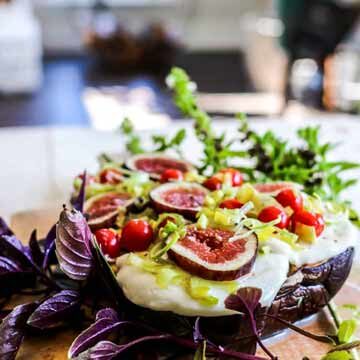 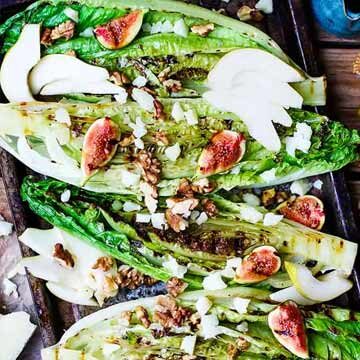 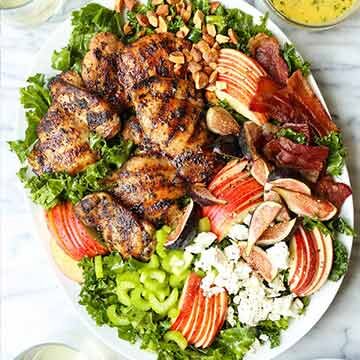 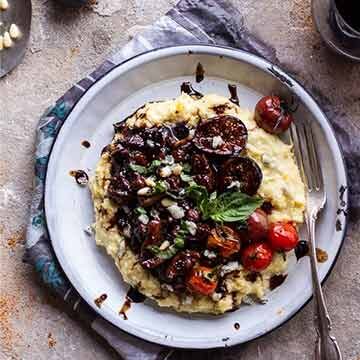 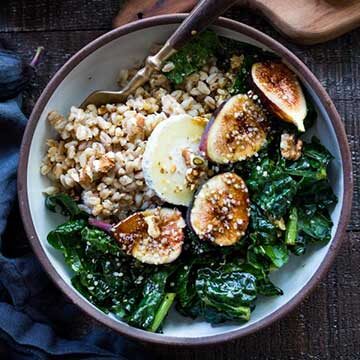 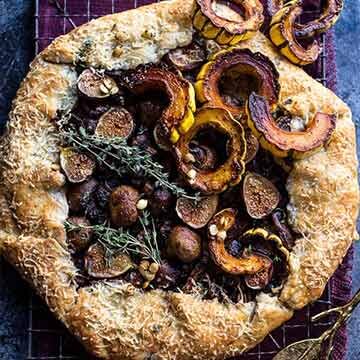 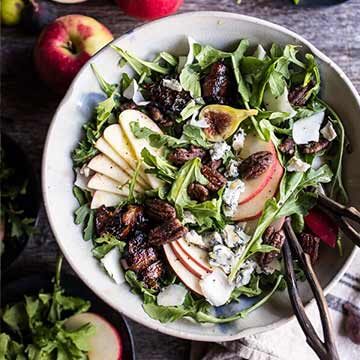 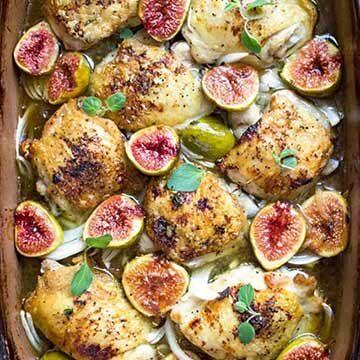 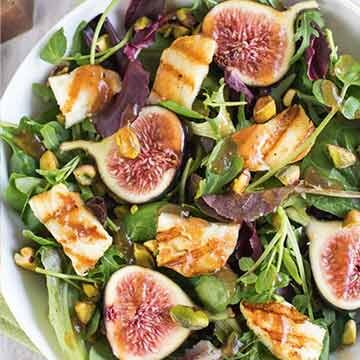 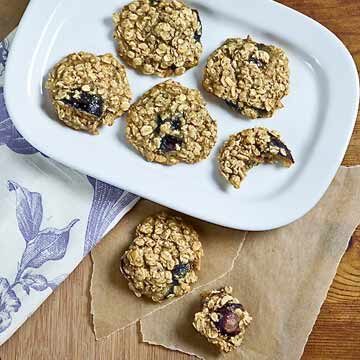 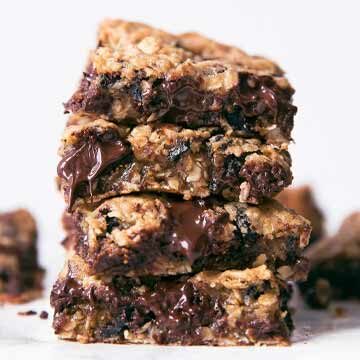 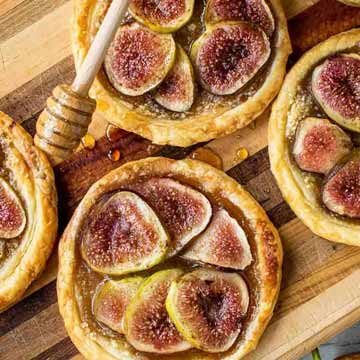 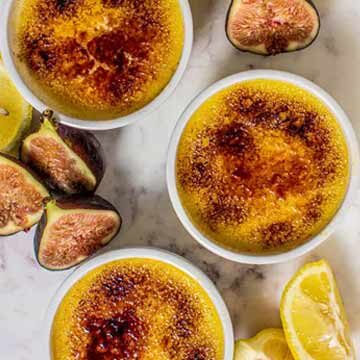 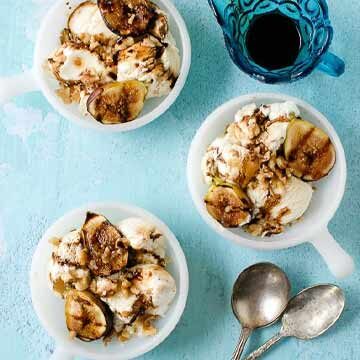 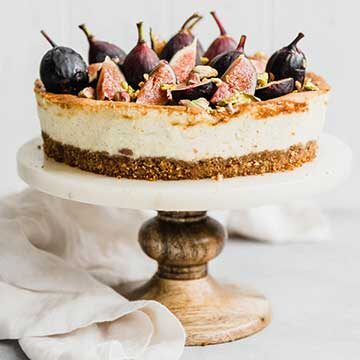 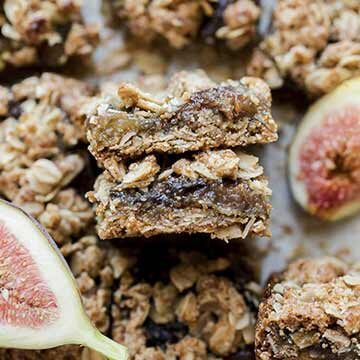 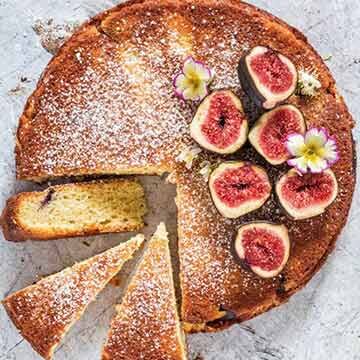 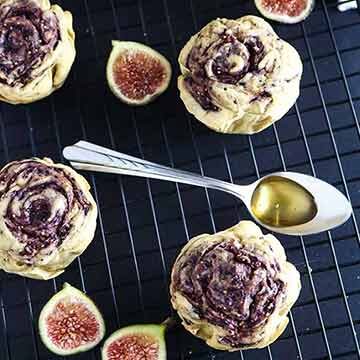 Check out all of the produce guides, or see what's in season each month.