Everyone likes cornbread a little differently. This homemade version is meant to be 'just right.'

The cheddar and jalapenos add a little extra interest but don't overpower the flavor.

Boxed cornbread from Jiffy to Bob's Red Mill bake up without fail. But I've wanted to find a good recipe to make from scratch. Little did I know how many homemade versions existed and how different they all turned out.

I had a hard time finding a recipe that got the basics right. They either seem to have no salt or no sugar - I want something in the middle. I also baked versions that turned out to be grease sponges - don't be me wrong, you need some fat in cornbread, but many recipes went overboard. Lastly, I've had a few recipes result in an eggy texture, like a wannabe quiche.

This recipe is the best cornbread if you're looking for a balanced version. 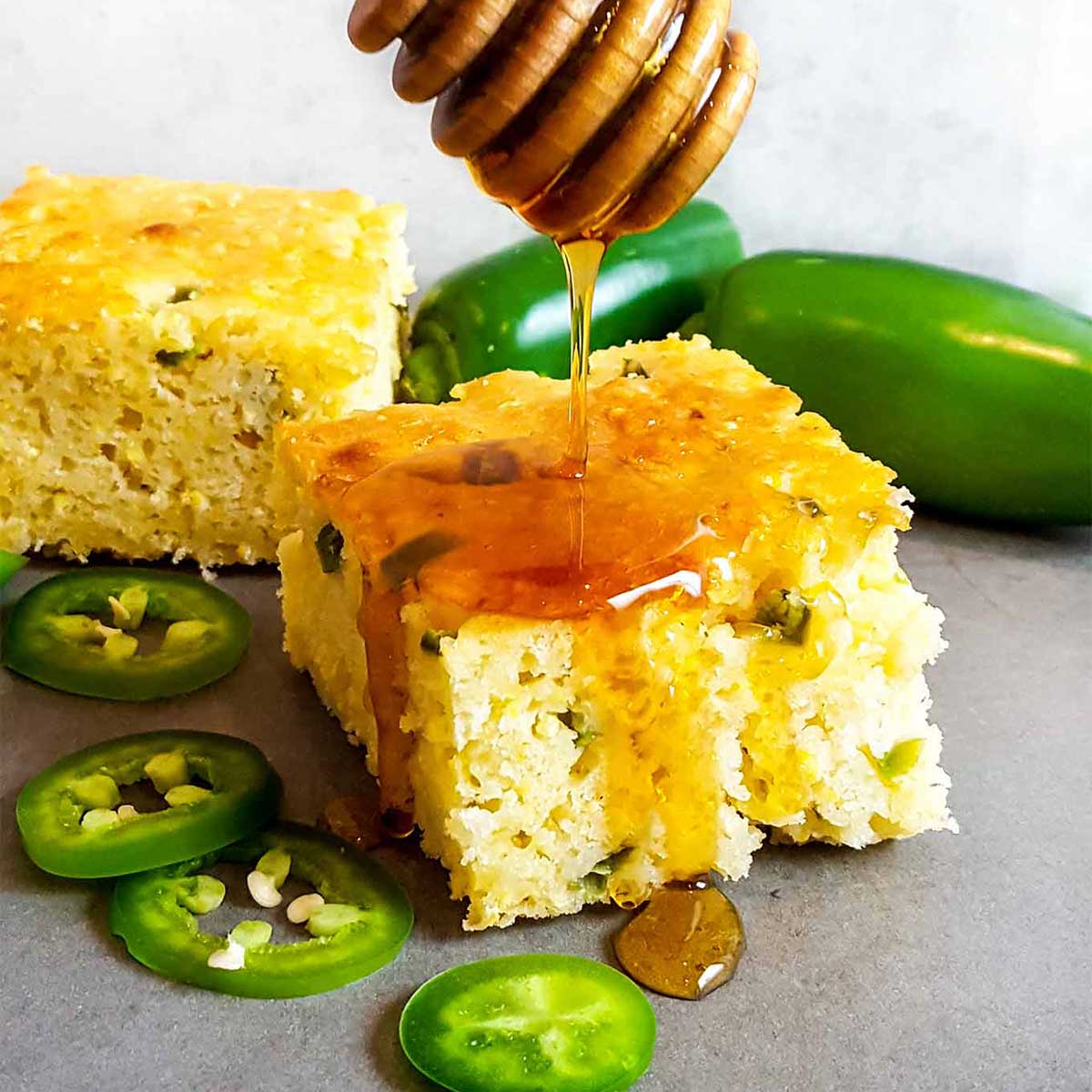 Like I said earlier, I've had a hard time finding a cornbread recipe I like. It's probably because everyone has a different idea of what makes a perfect cornbread.

I made a handful of tweaks to the recipe over at My Evil Twin's Kitchen. I replaced the honey with an equal amount of sugar. Most sweet cornbread recipes call for over a cup of sugar, but those are sweeter than I am looking for. The same volume of sugar is sweeter than honey, making my substitution sweeter than the original recipe, but not overly sweet. I also don't like cooking with honey because I usually only have craft, local honey, making it very expensive to use as a general sweetener. Which gave me the idea to drizzle honey on top, instead!

I also left out the fresh corn kernels because I wasn't looking for that texture in my version. However, that does have it's place, so jump on over to her recipe if that sounds tasty!

Lastly, if you like step-by-step picture tutorials, My Evil Twin's Kitchen has a pretty nice one. Since my version of her recipe is very similar, her guide will be pretty helpful.

What do you use for cornbread?

Do you have a favorite boxed mix? Do you usually make it from scratch? Share your favorites and your tricks in the comments below.