Home » How To » Why blackberries are bitter & how to fix it

You may have noticed that some blackberries taste bitter, while other summer berries like raspberries or blueberries don’t. The stem end and core in the blackberries contains the bitter compounds.

Adding sugar or fat (like heavy cream / whipped cream) balances out the bitterness, and salt reduces our ability to taste it. The bitter compounds also break down with heat, so a pork tenderloin simmered with blackberries will taste less bitter, as will a blackberry pie.

Why are blackberries bitter?

The amount of time the blackberry was allowed to ripen affects how bitter or sweet it will be. Unripe berries start out bitter and that lessens as they ripen on the vine. When picked fully ripe they are very sweet with no trace of bitterness.

Unripe blackberries often make their way into grocery stores because they ship better and store longer (two things grocery stores prioritize). Once the berries are picked, they no longer get sweeter (or less bitter). However, they'll still have their characteristic dark color, making it nearly impossible to tell how they'll taste just by looking at them.

Farmers markets usually have better quality than the grocery store (as they don't need to be picked unripe to endure shipping). Most sellers at farmers markets also let you sample the fruit, so you know exactly how sweet they will be before buying.

Lastly, weather and growing conditions can affect bitterness. Most experts agree under-watering or below-average rainfall results in higher levels of bitter compounds in blackberries. But on the flip side, heavy rainfalls shortly before harvest can dilute their flavor.

Some people can also detect a soapy taste on blackberries. This is due to the presence of two aldehyde compounds: saponins and decenal. Saponins are used in soap for its foaming qualities. Decenal is responsible for a waxy orange aroma as well as soap flavors.

If you've ever though cilantro tastes soapy, it's because it has the same two compounds. The soapy taste of these aldehyde compounds are linked to genetics.

If blackberries taste soapy to you, I'm not sure if that can be fixed. That said, other varieties and climates produce blackberries that have different amounts (pdf) of each compound, possibly yielding less soapy-tasting berries.

For example, Marion Blackberries from Oregon were tested by OSU and found to have significant levels of saponin. Other berries (like strawberries and raspberries) appear to not have saponins or at least not to the same concentration of blackberries.

How to reduce bitterness

You did your best to find ripe, sweet blackberries and now you're stuck with a bitter disappointment. When eating fresh out of hand, there isn't anything you can really do to save them. But on the up side, there's a lot you can do make them taste great for anything else.

Bitterness is concentrated in the white core and seeds. While you can't really 'core' a blackberry, you can at least remove seeds in certain cases. For example, if you're making a sauce, jam, ice cream, or smoothie, you can easily strain out the seeds.

Rich food often benefits from a little added bitterness, and the other way around. In the case of blackberries, adding to ice cream creates a balanced sweet-fat-bitter combination that can actually end up more interesting. You can also try eating fresh berries with whipped cream.

Blackberries and cheese pair well together too, making them a nice addition to a charcuterie board.

Adding to salads can work if done right. Use mild greens (avoid bitter ones like endive), then add blackberries, a fatty meat like prosciutto, cheese, and a good olive oil dressing (more fat).

Sugar will mask some bitterness, making jams, syrups, sauces, ice creams, and pies a good option. They also work well when paired with other, sweeter fruit like peaches.

Salt reduces our ability to taste bitterness, so using blackberries in savory food works out really well and often adds extra complexity to the dish. Pork, steak, duck, and venison all pair well with a blackberry sauce or reduction.

The bitter compounds break down with heat, so you can turn to baking or stove-top cooking to fix your blackberries. This is one of the best options, in my opinion, because it allows you to use several methods at the same time.

For example, blackberry pie uses sugar, a tiny amount of salt (that may or may not be enough to reduce bitterness), and heat. Pairing meat with a blackberry reduction uses heat, salt, and often sugar.

You can also get creative and cook blackberries down into a sauce before adding to a smoothie, ice cream, or even a salad dressing.

If you've tried to reduce bitterness and it still doesn't seem like enough, perhaps you are a super taster. About 25% of people are super tasters, which means they have twice as many taste buds (or even more) than the average person. This means flavors are more intense, from bitterness to the heat from a hot sauce.

Some people are also able to detect certain bitter compounds, while others cannot. I attended a food conference where we used test strips (like these) to determine who could sense bitterness. I was able to detect the bitter compound being tested and I also was identified as a super taster.

That test strip tasted so extremely bitter to me that I couldn't get the taste out of my mouth for an hour. Meanwhile other people shrugged it off, claiming it just tasted like paper.

Buy boysenberries or another fruit

Most any recipe will work when substituting boysenberries, from pies to reductions for meat. Raspberries can also work but don't add as much complexity to meat dishes. They also tend to add sweet on top of more sweet for desserts that call for blackberries (which are relying on some of the bitterness for balance).

Why cucumbers are bitter & how to fix it
You can avoid bitter cucumbers by buying the right variety (like English or Persian). But if you do end up with a bitter one, you can take similar measures to make them taste better.
Check it out 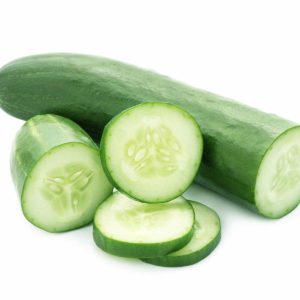 Blackberries: everything you need to know
This seasonal guide shares how to select and store blackberries, along with other tips and recipes.
Check it out 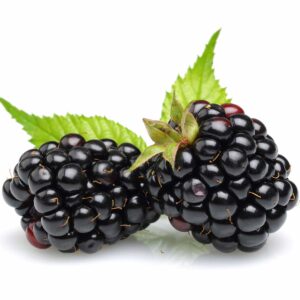