Restaurant style gyros can't be beat. The homemade version of gyro meat captures the general flavor and texture as best as possible without a rotisserie.

If it seems like a lot of work (it does take some effort), grab the Trader Joe's gryo slices for a close second to this homemade version. 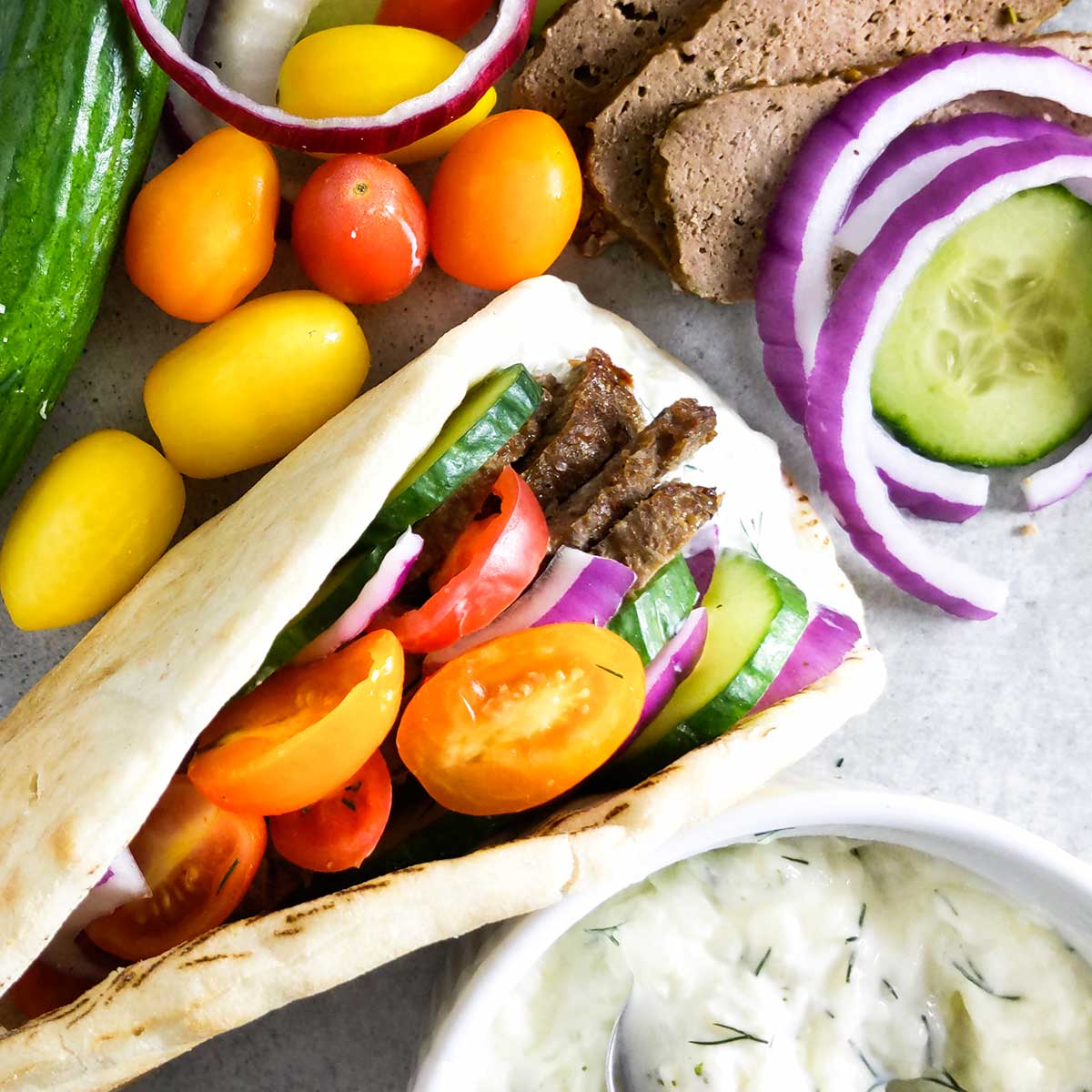 BETTER THE NEXT DAY

Lamb & beef: you can use any combination of lamb and beef, depending on how much you like lamb. Just make sure it totals up to 1.5 lbs.

How does homemade gyro meat compare to restaurants?

It's good, but definitely not the same. It's one of those few foods that is really hard to replicate at home without a rotisserie running all day. Still, I wanted to make it myself, so I set out and tested several different recipes:

My final recipe combines the cooking techniques from Serious Eats along with the spices from Alton Brown. I placed a heavy cast iron pan on half a loaf and it didn't seem to affect the texture, so I left it out of the instructions. Feel free to do it though, it definitely won't hurt.

Getting the right texture

When made at home, gyro meat is essentially a meatloaf. However, the texture of gyro meat is much denser. This is achieved by using a food processor to mix the life out of it. This will create that dense, gyro-like texture.

Whereas meatloaf is mixed very minimally, even by hand. That lets the meat retain a more tender texture.

Of all of the homemade gyro recipes I tried, they all tasted similar to the Trader Joes gyro slices that I've bought in the past. They won't amaze you and definitely won't replace a restaurant gyro. But they are reasonably priced, last forever in the fridge, and are a nice alternative to eat at home.

I often use the Trader Joes version (or my own) for a greek salad at home. It's less fussy than making a pita sandwich not fall apart.

Looking to go all out? Try rotisserie gyros on the grill

International Cuisines demonstrates a different style of gyro meat, not in loaf form. The recipe can be found in the video description.

Up next: easy homemade tzatziki sauce

Tzatziki sauce is a classic gyro pairing. It seems pretty simple: cucumbers, yogurt, garlic, and dill. Using the right cucumber and squeezing out the water is key. But once you get the basics down, it's a great sauce for endless variations (from a super lemony version to an Italian one with sun-dried tomatoes).

Get the basic recipe for tzatziki sauce & 9 variations.